Uh oh, you just found out you have an STD! You may not have been expecting it at all. Maybe you’ve noticed a few strange symptoms. Or maybe someone even told you that you should probably get tested. Once you find out that news, it can be frustrating and even scary the first time it happens. But the truth is, it doesn’t have to be a big deal. Getting tested and finding out the news is just a part of life and a part of dating. Most people who are single are at high risk of getting an STI, which means they either have one, have one but don’t know it yet, or just narrowly avoided getting one because they used a condom.

Statistically speaking, however, a large number of the population already has an STD and admits it, while an even higher number have not been tested and just assume they don’t have anything.

So if you have just found out about a positive STI test result, relax. It’s not a big deal and it doesn’t have to affect your sex life at all. In this article, we’re going to take you through the whole process.

Are People Afraid of STDs?

The problem is not nearly as bad as you might think. Sure, it’s natural to feel embarrassed after a surprise diagnoses. But what you might not realize is that many people catch STDs every year. Some statistics report that one in five Americans have an STD – and many people don’t even know they have one!

On one hand, it would be dishonest to say that nobody cares and it’s not a big deal to anyone. Well, that’s not true. There are some people who won’t date anyone that has an STD. There are also people who won’t date anyone unless they get tested first, before any sex happens. This makes sense because often times, you really don’t know if you have an STD unless you get tested.

Why Did You Contract an STD, Anyway?

Some people are left confused on how exactly they got an STD. After all, once you get the test result back, there’s not much explanation besides the fact that you got it. First off, take infamous advice of a famous TV doctor and believe that “everybody lies.”

If you had unprotected sex with someone, even someone you trusted like a boyfriend/girlfriend, an ex, or a one-night stand, then that is the most logical explanation for what happened. Not only do some people lie about their STD status, but some people literally may be ignorant of new STDs they just got – because their partners never told them the truth.

Remember also that some STDs don’t show signs at all, and may even seem like they’r dormant. You don’t realize you have it until you get tested.

How Will This Change Your Sex Life?

It may change in some regard. For example, you may not want to have unprotected sex with strangers anymore, not only because of a high risk of STIs, but also because you don’t want to give the STD to someone else. Additionally, some people will want to know if you have an STD before dating.

However, not everyone is this close-minded. Some people will be OK dating you, as long as you use a condom during sex. Condoms have an almost perfect rate of protection against STDs. In order to significantly reduce the risk of transmission, always have the man (or you!) put the condom on when fully aroused, and not take it off until you’re finished.

For that matter, avoid oral sex without oral protection. A fairly common reason why people still get STDs – even during protected sex – is that the condom falls off, or it’s used incorrectly. A hole tearing through the condom can also spread an STD.

There’s No Need to Feel Guilty or Dirty

Finally, realize that everyone who has sex with a new partner on a semi-regular basis is at a much higher risk of contracting an STD. It’s unavoidable that you are always at risk, because the more partners you have (even spread over a lifetime) the higher chance of exposure.

That doesn’t mean anything about being “dirty”, nor should you feel shame. Just because someone has managed to avoid getting an STD, says nothing about their morals. Anyone can get an STD, sometimes when they least expect it – and oftentimes, from someone they trusted too soon.

Dating Apps to the Rescue

In closing, remember that most people really don’t care about your STD status, and if they do, you can easily filter your search using a modern interracial dating app or even joining a dating website where all users openly admit to having a certain STD.

There is no reason to be superstitious about STDs the way people used to be, considering that there are now treatment options for symptoms, cures for some diseases, and vaccinations that can prevent STDs from happening. Why not take a realistic and scientific view of the matter? You may find that STD dating is not a big deal and once everything is out in the open, it takes away a lot of that social pressure! 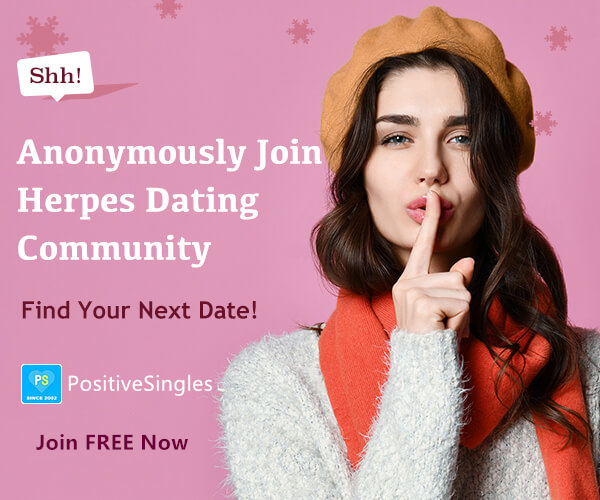